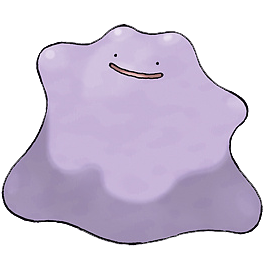 VM layer in CKB is used to perform a series of validation rules to determine if transaction is valid given transaction's inputs and outputs.

CKB uses RISC-V ISA to implement VM layer. To be more precise, CKB uses rv64imc architecture: it is based on core RV64I ISA with M standard extension for integer multiplication and division, and C standard extension for RCV(RISC-V Compressed Instructions). Note that CKB doesn't support floating point instructions, a CKB script developer can choose to pack a softfloat implementation into the binary if needed.

CKB relies on dynamic linking and syscalls to provide additional capabilities required by the blockchain, such as reading external cells or other crypto computations. Any compilers with RV64I support, such as riscv-gcc, riscv-llvm or Rust can be used to generate CKB compatible scripts.

Running a contract is almost the same as running an executable in single core Linux environment:

Contract starts from main function in the ELF formatted contract file, arguments are passed in via standard argc and argv. When main returns 0, the contract is treated as success. Note that due to space consideration, we might not store full inputs and outputs data in argv. Instead, we might just provide metadata in argv, and leverages additional libraries and syscalls to support input/output loading. This way the runtime cost can be minimized. CKB VM is a strict single-threaded model, contract can ship with coroutines of their own.

CKB VM does not have an MMU unit. It works quite like CPUs in the very early era or CPUs in some embedded systems: the whole memory block can be readable, writable and executable at the same time. Nothing prevents a script from changing the code running next, or jumping to the stack section and assume the stack just contains code to run.

However, like the early day computers, this architecture has certain problems:

As a result, a small feature named W^X is added to CKB VM, basically, it ensures the memory is either writable or executable. Syscalls will be provided to make the conversion between writable memory and executable memory.

For a more complete CPU model with proper MMU unit, it might not be necessary to make this feature mandatory, but we argue that in the sense of CKB VM, having mandatory W^X can actually be extremely useful here:

Violating either rule above will result in page faults. Handling page faults will be discussed below.

When booting CKB VM, all memory pages will be marked as writable, except for the LOAD code sections marked as executable in ELF. CKB VM will return immediately with an error when the ELF file tries to load a code section that is both writable and executable.

In addition, we will provide custom bootloader which might be used in compiler(gcc/llvm) linking phase to further reduce unnecessary cost.

Based on current architecture, the following minimal C contract can be shrinked to 628 bytes uncompressed, and 313 bytes gzipped:

We can think this as the intrinsic cost of RISC-V model.

CKB only defines the low level virtual machine. In theory, any languages with RISC-V backend can be used for CKB contract development:

CKB will leverage suitable open source RISC-V CPU implementation as the CPI(cycle per instruction) model. CPU cycles will be gathered while running each instruction of a contract. The total cycles accumulated when contract is completed will then be treated as the runtime cost of the contract.

In addition, we will also record running costs of reading/writing additional cells while running a contract.

Here a user defined token(UDT) issuing process will be used as an example. Note that the UDT implementation used here is simplified here:

In production, the above assumptions won't be made in CKB

Following APIs are provided to work on the above data structures:

It's both possible to compile implementations of those functions directly into the contract, or as dynamic linking cell code. Both solutions will be introduced below.

Assume CKB has the following method for reading cell data:

Given a cell ID, CKB VM will mmap cell content to address space of current virtual machine, and returns pointer to the content and size.

Following contract can then be used for issuing tokens:

It ensures generated data is legit by validating that contents in output cell match contents generated in token initializing steps.

In the above example, function implementation for validating cell is directly compiled into input contract script. It's also possible to reference and call code from external cell for validation.

First, the following implementation can be provided for transfering UDT tokens:

_udt_find_balance here is used to locate balance_t data structure given an address, and also create an entry if the address doesn't already exist. Here we omit the full implementation for this function, please refer to CKB codebase for full example.

Following binary code is compiled result of this function:

Tools will be provided by CKB to encode the binary code here as cell data. Following input contract script can then be used:

With mmap, we load a cell directly as a callable function, this function is then used to complete the transfer. This way we can ensure contract size stays minimal while reusing the same method across multiple transactions.

Even though transfer method is stored as an external cell in the above example, one disadvantage here is that the memory address of the mmapped function is unknown at compile time. As a result, internal implementation within that method can only leverage local jumps. In addition, only one function is supported this way, there's no way to store multiple function in a single cell.

Dynamic linking is provide to solve this problem: assuming we have all UDT functions compiled as a shared library in one cell:

With dynamic linking, following input script can be used:

Here all UDT functions are linked dynamically from external cells, current contract can be minimized in terms of size.